The Seagulls have had a rather vigorous season and are in ninth place with 28 points. The team performs remarkably in the away games, having only one defeat to date – only Manchester City has a similar result in the league. They played another draw against an unpredictable Crystal Palace (1:1) in the last round. Find out more free football predictions as we always choose the most exciting matches for your attention. The Pensioners are fighting for the championship, but now it will be very problematic to win the title. A 0-1 defeat to Manchester City in the previous game widened the lead by 13 points from the leader of the standings. Moreover, this defeat allowed Liverpool to climb to second place, having one game in the pocket.

In our opinion, today, the hosts will be facing a much more difficult opponent. The team plays an attractive game, but the level of performers of the guests is much better. Especially since the visiting team will try to catch up with the competitors.

We think that this time the Londoners will take the field incredibly angry after losing a few days earlier. In such a situation, the more modest Brighton will have little chance. However, a win for Chelsea with the odds of 1.77 isn’t the only option. The hosts are rather productive in attack and can find their way to the net of the guests. So, here is a total of over 2.5 for the odds of 2.14. To win more with huge bonuses, higher odds, and without risks – visit our betting sites in India rankings page. A fresh review of the most reliable offers for Indian bettors will be helpful for you. 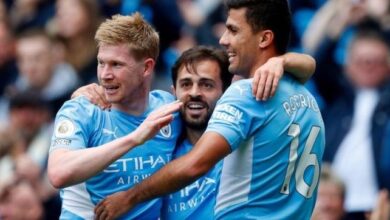