Ralph Rangnick’s men ended their streak without a win in their last Premier League match. Manchester United beat Tottenham Hotspur with Cristiano Ronaldo’s hat-trick. Prior to this, the Mancunians had drawn twice – against Atlético Madrid (1:1) and Watford (1:1) and also lost heavily to Manchester City (1:4).

The team is in 5th position in the Premier League and one point behind Arsenal. However, such a minimal gap cannot be encouraging for the Reds since the Gunners have three fewer matches played. Mason Greenwood will miss the upcoming meeting with Atlético due to suspension. Also in question is the participation in the game of Scott McTominay, Bruno Fernandes and Luke Shaw. Find out more today football match prediction as we always choose the most exciting matches for your attention. Diego Simeone’s team has won in the last three matches. The victories were taken in confrontations with Celta (2:0), Betis (3:1) and Cadiz (2:1). Now the Red-Whites are in the 4th line of La Liga. Barcelona is third, ​​which is ahead of the Mattresses in terms of goals conceded.

The game with Manchester United will definitely be missed by Daniel Wass and Matheus Cunha. The participation of Šime Vrsaljko, Angel Correa and Thomas Lemar is questionable. In the 1/8 finals of the Champions League, the teams met for the first time. The meeting at Wanda Metropolitano ended in a 1-1 draw. In that game, Joao Felix and Anthony Elanga scored goals.

Bookmakers consider United to be the favourite, but, in our opinion, in the first match, Manchester played just a nightmare and Atlético were very unlucky. The Madrid team had to squeeze and score the second and third goals. After that, United lost to City, and in the last round, quite unexpectedly, thanks to the genius of Cristiano, they beat Tottenham Hotspur (3:2). Atletico barely finished Cadiz (2:1).

The layout hasn’t changed much. Manchester United is still unstable. Ralph Rangnick loses to Diego Simeone as a coach. We think that this time the Argentine coach should not repeat his mistakes from the first match. Atlético’s happiness must be sought in attack. Let this be an away match, but here the advantage of the guests in the attacking force is so obvious that this should be used. So, we do not agree with the bookmakers and suggest betting on Atletico to go to the next round for the odds of 2.35. To win more with huge bonuses, higher odds, and without risks – visit our football betting sites rankings page. A fresh review of the most reliable offers for Indian bettors will be helpful for you. 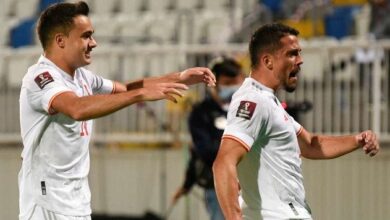