FC Barcelona has been keen on contracting free players during the summer. Another four players would like to join the ranks of Xavi’s team and are offering their services to the Catalan club themselves. Among them are two experienced midfielders and two young talents.

FC Barcelona were boosted by two free agents in the summer transfer window, Andreas Christensen and Franck Kessie. The same could happen next summer, when the contacts of many players with their current employers will expire. Barcelona has already been approached by the agents of four interesting players.

Mundo Deportivo reports that four players want to play for Barcelona starting next season. Their contracts with their current clubs expire as early as June, and they could begin talks with other clubs as early as January 2023. They include Jorginho and N’Golo Kante from Chelsea, Diogo Dalot from Manchester United and Youssoufa Moukoko from Borussia Dortmund.

Jorginho was already linked to Barcelona this summer, but ultimately remained in London. He would now be expected to replace Sergio Buquets, who is in poor form. The Italian has played 16 games for Chelsea this season and scored 3 goals. The situation is different for his clubmate N’Golo Kante. The Frenchman has been struggling with a series of injuries that have only allowed him to appear in two Premier League games. The 31-year-old is also being courted by Paris Saint Germain. According to the Transfermarkt portal, the value of both players reaches 40 million euros.

Diogo Dalot has been the strength of Manchester United’s defensive formation this season. The 23-year-old Portuguese has appeared in 17 games, in which he scored one goal and recorded two assists. In the Premier League, Dalot has spent 100 percent of playable minutes on the field. In right defense, Barcelona has Sergi Roberto and Hector Bellerin, whose contracts with the club expire in the summer. It is possible that the Catalan club will say goodbye to both players at the expense of hiring Diogo Dalot, whose market value is €28 million.

The latest candidate to play for Barcelona is said to be Youssoufa Moukoko. The 17-year-old is considered one of the greatest talents in world soccer and hiring him would be great business for Barcelona. The player is reportedly negotiating a contract with Borussia Dortmund, but talks are not going well for both sides. This season, Moukoko played in 18 games, in which he scored 4 goals and recorded 6 assists. His market value is €15 million. 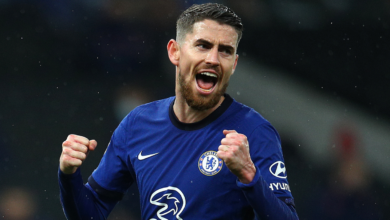 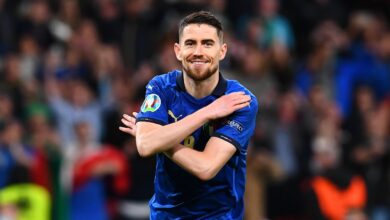 Jorginho’s agent: Our focus is to extend our contract with the Blues
April 7, 2022
Recent Posts